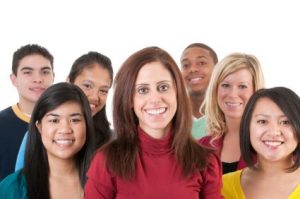 This past year the Baltimore Jewish community celebrated the 25th anniversary of Operation Exodus with “The Journey, Together,” a week of wonderful cultural events highlighting contributions to our community by immigrants from the Former Soviet Union.  The events were planned by the Russian-speaking community, with The Associated: Jewish Community Federation of Baltimore and the Jewish Community Center.

Immigrants come from different countries and cultures. Sometimes they look and behave strangely.   Did you know that in Bulgaria the head shake we use here for “no” means “yes”?  Be careful when in Bulgaria!  This is a humorous example of the bewildering challenges New Americans face.  Immigrants are one of the most vulnerable groups in the population.   They strive to adjust to their new home as soon as possible and are eager to belong.   At the same time, they are afraid to do something wrong, to be laughed at, making mistakes on the way to become proud American citizens.  One should be very sensitive dealing with their issues.

The proverb, “When in Rome do as the Romans do,” is not always true.  Here is a true story shared with me by a New American family.  In the FSU, they never had a car.  When they came to Baltimore, they bought a 14 year old car.  Its maximum speed was 30 miles an hour (they thought it was fast enough).  One day they were driving through Park Heights. Some passengers in cars passing by were shouting something at them and showing them a finger.  At that time they did not know about that international gesture.  They thought it was an American way of greeting and welcoming people!  They regretted they were flying by so fast that they could not return the same gesture to show their appreciation.  When friends explained the meaning to them, they were shocked.  Many years later, they were able to laugh about this incident.

The first immigrants came to America aboard the Mayflower.    Nowadays they are coming by plane, but seeking the same opportunities and values such as religious freedom.  The U.S.A. is a country of immigrants; some call it a “melting pot,” some a “tossed salad.”   Your ancestors who first stepped onto American soil, as well as we former refugees more recently, went through a lot.   The first immigrants had Native Americans who taught them how to survive.  In the 20th and 21st centuries, this role has been filled by HIAS, which helped immigrants settle and adjust to their new home.

Through group acculturation sessions called “Life in America” and the help of Jewish Community Services service coordinators, today’s immigrants are adjusting to a new culture and building a new life. Their success stories are told in our HIAS booklets, “Before and After,” where individuals describe their lives before immigration, their first year here and five years later. These shared stories help newcomers to see through other immigrants’ experiences that they will be able to overcome the difficulties and, eventually, without wandering 40 years through the desert, to feel they are free people having the right and ability to build their own future.

G-d bless America and HIAS for enabling so many people to come to this blessed country, where they can worship any religion, their families can have enough food, and they help this country to prosper!

To learn more about how JCS can help you solve life’s puzzles please visit our home page or call 410-466-9200.

Parts of this blog are excerpted from Galina Borodkina’s reflections on the occasion of the retirement of her colleague, social worker Ellen Rosen, who worked with hundreds of immigrants through Jewish Community Services and HIAS for 23 years.